...because TITS are your interest!

Switch to the dark mode that's kinder on your eyes at night time.

Switch to the light mode that's kinder on your eyes at day time.

...because TITS are your interest!

Switch to the dark mode that's kinder on your eyes at night time.

Switch to the light mode that's kinder on your eyes at day time.

This panel, along with the one of Saint Candidus, a warrior in the Theban legion who was martyred along with Saint Maurice, was part of the old high altarpiece in the monastery of Sant Cugat del Vallès. Ayne Bru, one of the most important names from the Catalan Cinquecento, was a painter of Central-European origin and training whose work speaks for the influence of Flemish culture and of the art produced in Venice in the period straddling the fifteenth and sixteenth centuries.

On the central panel, Bru depicted the martyrdom of Saint Cucuphas (in Catalan, Sant Cugat) with enormous realism. The executioner cuts the saint’s throat while Cucuphas remains tied to a tree trunk. There appears to be another knife (in a basket) and a dog sleeping peacefully.

The dog from Bru’s painting of Cucuphas’ martyrdom was later borrowed by Salvador Dalí for one of his work.

The vast countryside that serves as a background anachronistically includes the actual monastery of Sant Cugat.
Marcel Durliat (French Art Historian) believes that though the expressionism in this painting is evidence of a Germanic artistic tradition, Bru’s Quattrocento depiction of the standing figures in contemporary dress, as well as other details, indicate that the painter may have lived or studied in Northern Italy before moving to Barcelona.

More From: Lauren Loving You 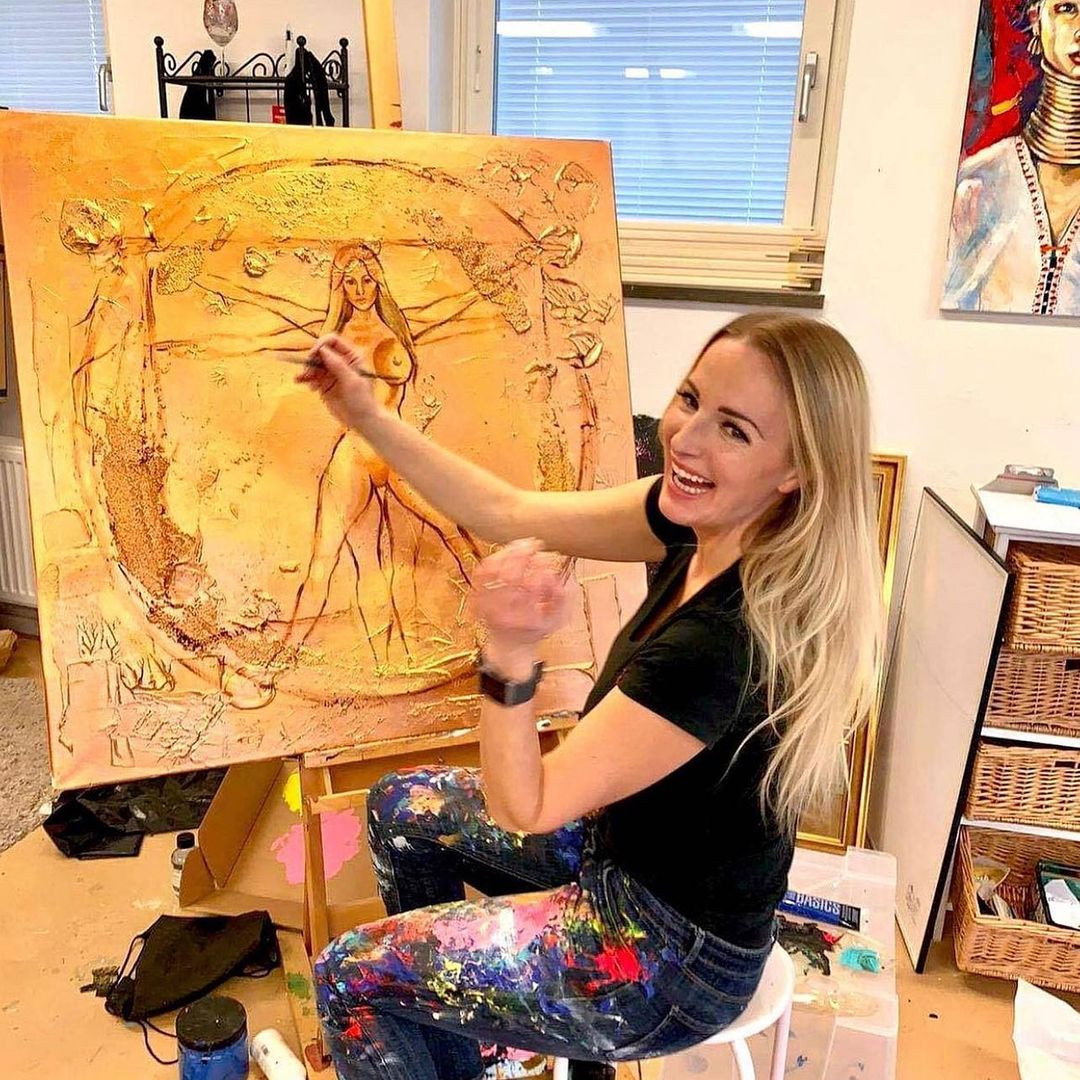 Titterest is a gathering of images of Instagram girls, models and celebrities with big tits, natural or fake. We have made our best to select the model feeds that we feel will match the scope of the site. ENJOY!!!

A big "THANK YOU" to Babepedia and 2Busty for inspiration on beginning this site. Cheers to you, guys!

2022 © Titterest - All content displayed is SOLELY property of its respective owners.

Back to Top
Close